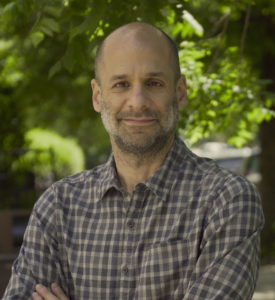 I am a documentary filmmaker and freelance director/producer/cameraman with over 15 years of experience in film, television, digital, and branded content. I approach each project with a natural curiosity, empathy and enthusiasm.

Specializing in character-driven stories, I have a unique ability to connect with those appearing on camera and collaborate with those behind the scenes to produce a telling and intimate narrative. I relish the opportunity to be thrown into a new world, both near and far – to research, develop and craft a story that an audience will connect to, learn from, and remember.

I have produced, directed and self-shot for the BBC & Channel 4-ITN, including “Can Biden Unite America?”, an episode the BBC’s flagship investigative documentary series Panorama about the 2020 Presidential Election; and for BBC News’ online platform, “Execution: The Lisa Montgomery Story”, the story of the first female executed by the U.S. federal government in nearly 70 years.

I produced the US segments for two episodes of the Channel 4(UK) investigative series, Dispatches. “The Truth About Chlorinated Chicken” delved into factory farming practices in the US and comparative UK standards, including an undercover investigation into a major poultry processing plant. I produced and shot the US segments for “Dirty Secrets of American Food”, a follow-up program about the factory farming of beef and pork in the southern US, and its potential impact on UK farmers and consumers.

I’ve also worked extensively with a variety of NGOs and non-profit organizations on fundraising and awareness campaigns, along with corporate clients such as Subaru, National Parks Conservation Association, Liberty Mutual Insurance, Chase Bank and Apple.

Thank you for taking some time to look at my website. I look forward to bringing all of these experiences to my next project.